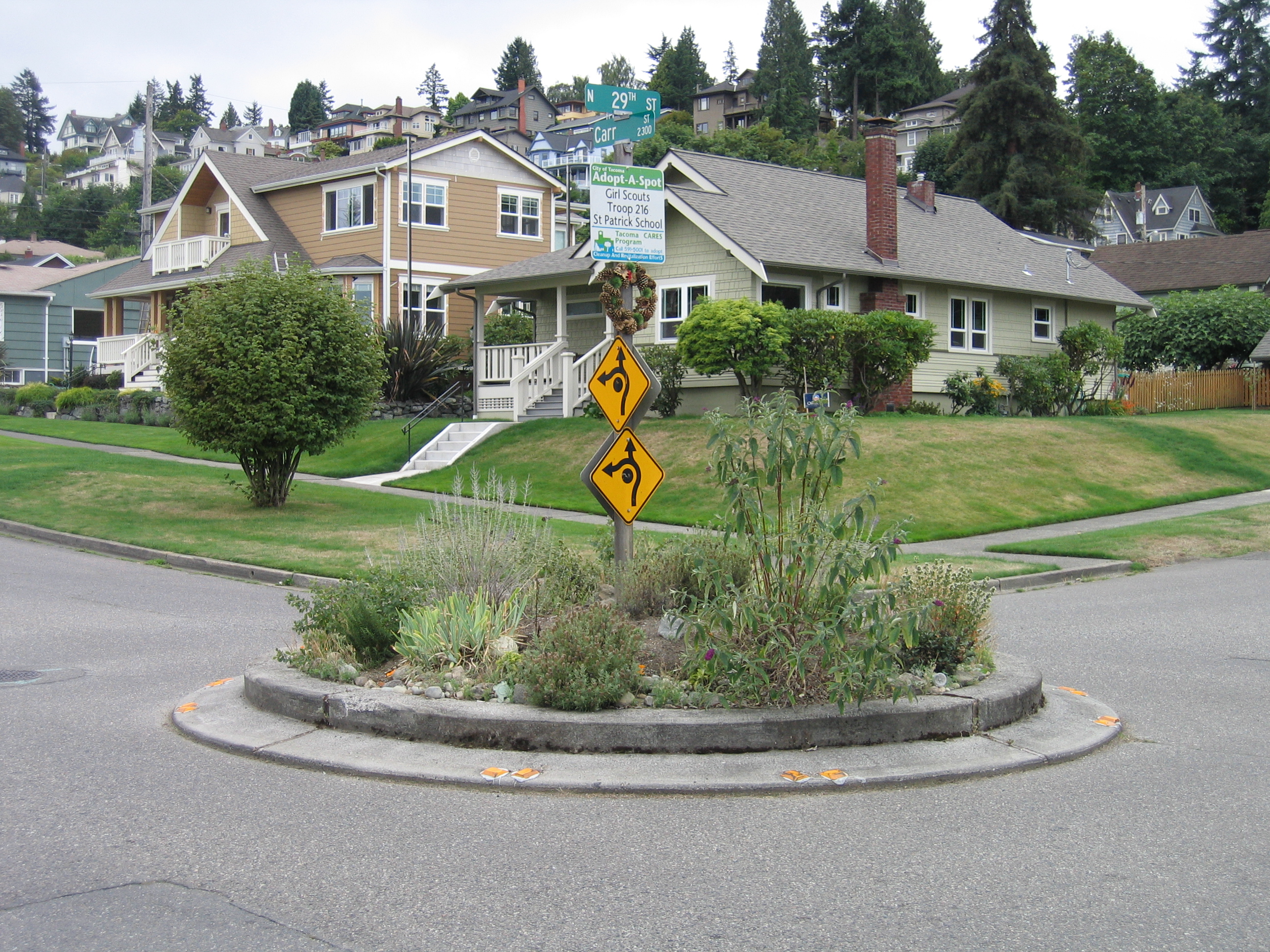 Vehicle speed is a critical issue for pedestrian safety. According to the World Health Organization’s recently released Managing Speed report, a 5% reduction in average speed can result in a 30% decrease in traffic fatalities. Moreover, an adult pedestrian’s risk of dying is less than 20% if struck by a car traveling below 50 km/h (around 30 mph), compared to an almost 60% risk of dying if hit by a vehicle traveling more than 80 km/h (around 50 mph).

May 8-12 is the United Nations’ Global Road Safety Week, and the theme is #SlowDown. The accompanying WHO report provides an excellent resource for towns and cities wishing to consider speed reduction safety measures, and it lists important strategies focusing on vehicle speed management. Walk Friendly Communities manage speed in a variety of innovative ways, and we were able to narrow down a few highlights which tie in to the #SlowDown strategies.

As with other approaches to road safety, we recommend to combine all of these efforts into one comprehensive strategy to reduce speeds. One program alone likely isn’t enough to solve the problem.

Build or modify roads to include features that calm traffic

Establish speed limits appropriate to the function of each road

Speed limits should reflect the appropriate and desired use of a street by all road users. Rather than setting speeds based on the comfort or ability of drivers, limits should be set to prioritize the safety of those using the road, especially pedestrians and bicyclists. Seattle, WA, and New York City, NY, both worked to reduce speed limits through policy changes. New York City reduced the citywide default speed limit to 25 mph in 2014. In a press release around the action, NYC DOT Commissioner Polly Trottenberg stated “Going from 30 mph to 25 mph is not just a speed reducer – it is a lifesaver.” Seattle reduced central arterial street speed limits to 25mph, and non-arterial (residential) roadway speed limits to 20 mph. The City of Evanston, IL, has maximum speeds of 30 mph on arterial streets, and 25 mph city-wide, unless posted otherwise. The Chicago, IL, Complete Streets Design Guidelines call for inversion of roadway design away from functional classification and traffic management to place making and community preferences, and arranges the modal hierarchy to prioritize pedestrians first for most roads. The plan sets out target speeds (rather than design speeds) for each roadway type, equal to or less than the speed limit, and details steps to achieve the targets through roadway form.

The benefits of reducing speed limits are minor without enforcement. Giving drivers the sense that speeds are being enforced is key to seeing real change in behavior. As with other types of enforcement, it is critical to ensure that speed enforcement is done in a way that acknowledges and prioritizes equity. In Tallahassee, FL, the Police Department use a laser speed-measuring device to monitor speeding through high pedestrian and high traffic downtown areas. Mt Lebanon, PA Targeted speed enforcement happens daily and throughout the entire community, with an emphasis on speed enforcement around schools. Washington, DC, uses automated speed cameras to monitor and enforce vehicle speeding violations. Fort Lauderdale, FL, as part of their Vision Zero Plan, conduct monthly speed enforcement operations in targeted corridors with the goal of increasing citations in the indicated problem zones.

Raise awareness about the dangers of speeding

While awareness programs alone haven’t been shown to be effective ways of reducing speeds, they can help supplement more effective strategies outlined above. Public education about the importance of safe speeds help build the case for speed management programs. Fergus Falls, MN works to increase speed awareness through systematic use of their portable speed feedback sign. The sign is placed in a target location for approximately two weeks, then brought back sporadically through the year as a reminder. The City of Hoboken, NJ, encourages drivers to slow down via their ongoing Twenty is Plenty campaign, implemented through signs and fliers promoting the slower speed.