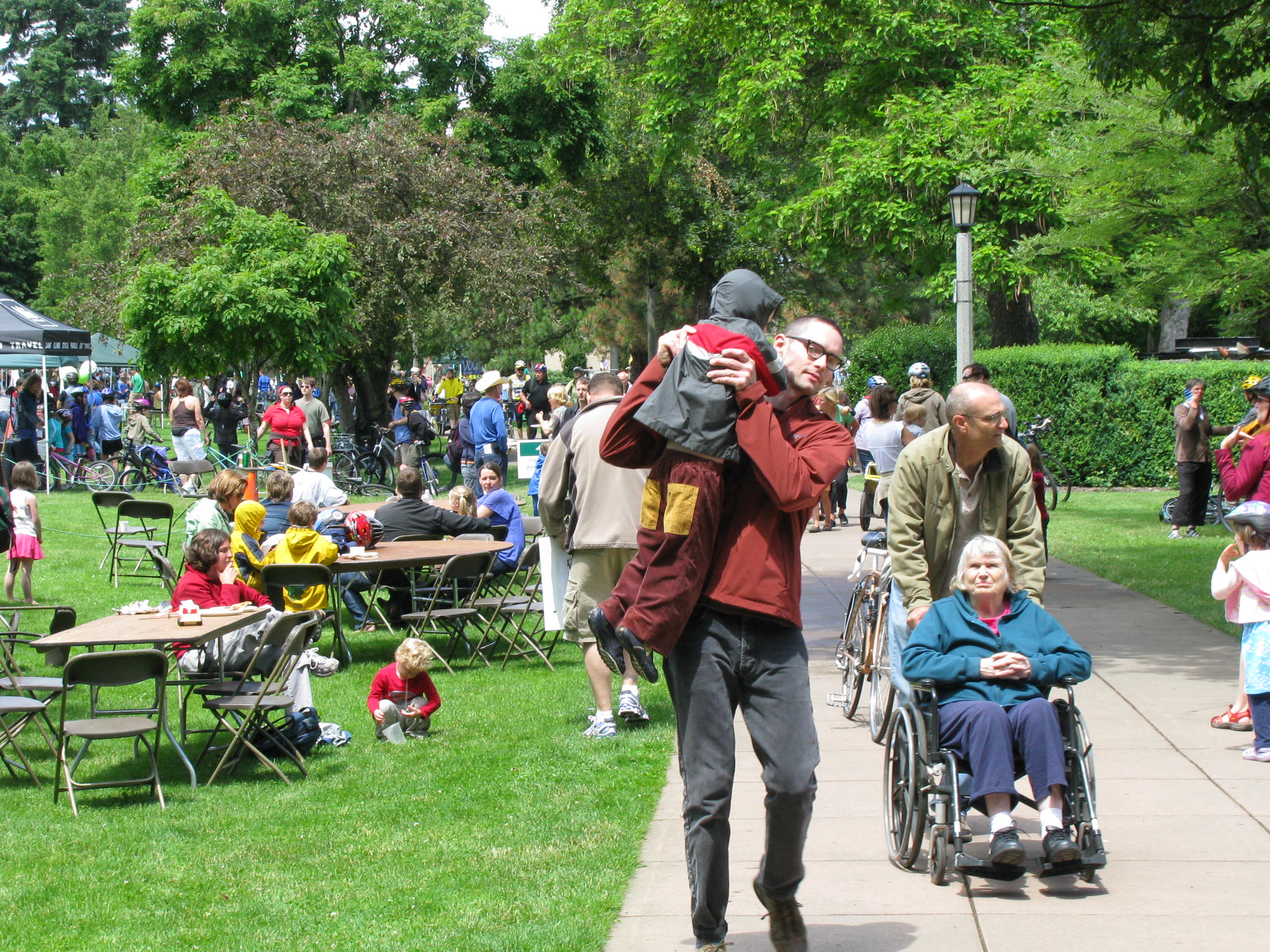 For decades, Portland, Oregon, has been at the forefront of providing safe and efficient transportation options for residents. Long known as a great biking city, it is now recognized as an inviting walking city and a Platinum-level Walk Friendly Community.

Portland’s “Strategy for People Movement” prioritizes pedestrians over other modes when making decisions about their transportation system. This policy is housed within the city’s 2035 Comprehensive Plan and is cross-referenced across city plans and clearly informs the city’s practices. Guiding the city’s decisions about modal tradeoffs in programs and projects is the Portland Bureau of Transportation’s (PBOT) Complete Streets Team, which is comprised of coordinators who specialize in walking, bicycling, transit, freight, and the Americans with Disabilities Act (ADA).

The city is committed to prioritizing investments on its busiest most dangerous streets. As part of Portland’s Vision Zero commitment, the city has identified the streets and intersections that are most dangerous for everyone. Over half of all deadly crashes occur on only 8% of Portland roads—called the High Crash Network. Through the PedPDX Citywide Pedestrian Plan effort, Portland also identified a Pedestrian Priority Network after analyzing data related to safety, equity, and pedestrian demand. Focusing investments on the Pedestrian Priority Network will help the city meet its equity goals and make changes before crashes happen. Portland’s transit agency, TriMet, also performed a Pedestrian Network Analysis on each of its 7,000 transit stops to determine the quality of the walking environment as it relates to transit.

Portland adopted one of the country’s first Pedestrian Master Plans in 1998 and adopted its latest pedestrian plan, PedPDX, in June 2019. The new plan evaluates the current state of walking in Portland and establishes a clear vision for the future. The city has prioritized community involvement at multiple levels. There are measures of success assigned to the 67 actions identified in the PedPDX Implementation Toolbox, and these will be regularly evaluated and reported on so the public can monitor their implementation.

The city has also outlined many bold engineering decisions in PedPDX, some of which are already happening. PBOT recently updated its crosswalk striping specifications to require high-visibility markings at all intersections and identified all locations that do not meet new crosswalk spacing guidelines. These gaps will be filled via planned capital projects or the Pedestrian Network Completion program. The city has plans to include crosswalks at all transit stops moving forward and to study the elimination of turn-on-red in Pedestrian Districts and at intersections in the High Crash Network. In particular, Portland’s improvements in traffic signal timing is making a huge difference. The city currently works to separate vehicle turning phases from pedestrian walk phases by employing Leading Pedestrian Intervals and banning permissive left turns on the High Crash Network. The city is also developing guidelines for phase separation citywide which will be incorporated in the PBOT project development checklist.